Skip to content
WASHINGTON, D.C. — Last November, Navigator Research conducted a survey with over 5,000 midterm election voters to understand which issues affected vote choice and turnout. We distilled these findings into eight different categories: which issues mattered most; support for the two parties; the economy; abortion; youth voters; AAPI voters; Black voters; and Hispanic voters.
As we enter the next two years of a divided Congress, here are our key takeaways from the survey, including what issues drew voters to both parties and what Americans want from their leaders.
While Inflation and Abortion Were Top Issues, Social Security and Medicare Played a Significant Role 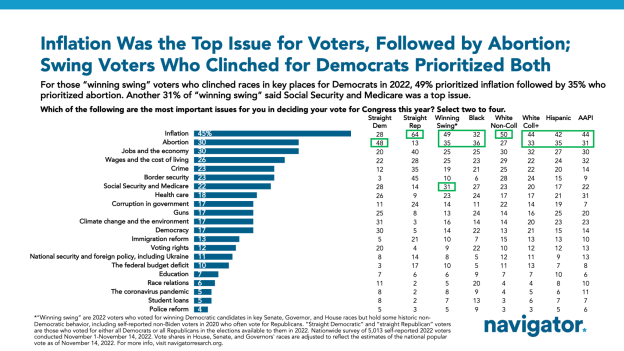 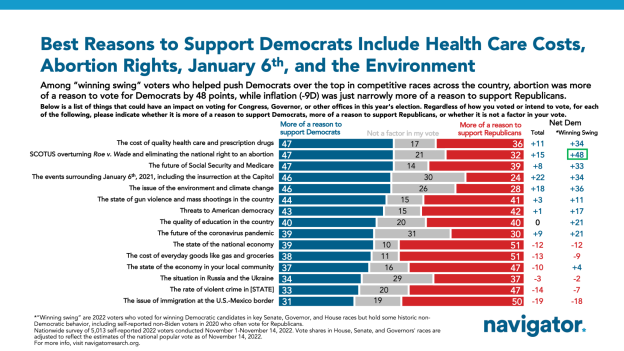 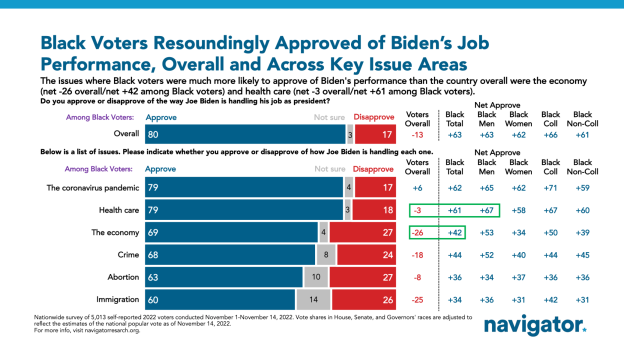 Americans Want Congress to Focus on Inflation and Abortion Rights, Not Investigations 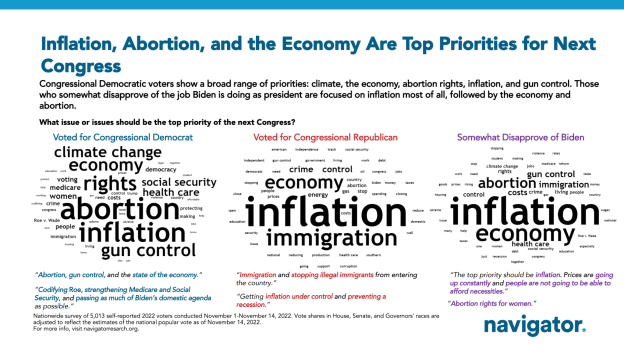